Spinal surgery has come under a lot of flak in recent years for being an expensive and invasive treatment for back pain that yields poor results. Not many people see improvement in their pain a year after surgery, and many are worse off. Recovery from surgery can be also be very difficult.

Surgery should indeed be a last resort for most kinds of back pain. But sometimes surgery is needed to treat damage to spinal nerves, discs, or surrounding tissues, and we are very fortunate that there are people who have gone to school for years / decades and honed the necessary skills to right some wrongs in our bodies. The question then becomes, what can we do around the surgery to support the handiwork of the surgeon? To answer that question, it helps to understand some of the problems facing surgical patients post-surgery: 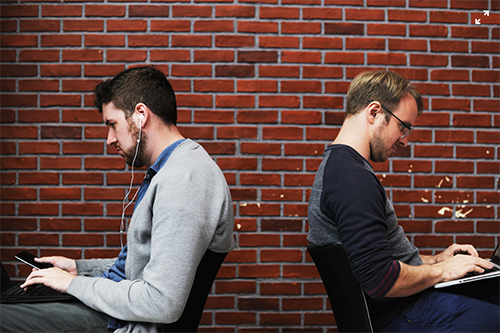 When someone goes back to a lifestyle of excessive rounding or swaying after surgery, the risk of being in pain again is high. Photo courtesy Unsplash (rawpixel). 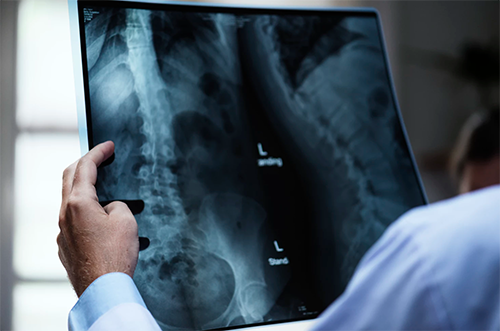 Often, recovery from a surgery is strenuous and causes some of the surgery’s progress to be undone. Photo courtesy Unsplash (rawpixel).

My recommendations to anyone considering or facing surgery are:

Have you had back surgery? What has been your experience? Did you use the Gokhale Method for prehab or rehab?

I had  a microdiscectomy on

I had  a microdiscectomy on the L5 S1 about 5 years ago. The reason I chose surgery was because I had shooting pains in my leg and back that mostly happened at night. For months I tried alternative methods to eleviate the pain - exercise, physical therapy, accupuncture, etc., but nothing worked. At the time, hydrocodone was prescribed more regularly by doctors, and I was waking up every 2 hours with shooting pains and would have to take more hydrocodone just to sleep. It hurt just to lie down - a shooting, stabbing pain. Luckily, I only had to take pain drugs at night. After 3-4 months of this, I finally I cried uncle and signed up for surgery. Oh, how I wish I had never done that - and that I'd discovered the Gokhale method instead. I'm convinced that if I had, I might not have needed surgery.

Something must have gone wrong  during surgery because I have somehow ended up with permanent nerve damage. Soon after surgery, I started getting numbness in my right toes. I called the surgeon and he ordered a MRI. No evidence of damage showed up. But the numbness and pain gradually over the months and years has increased and moved up my leg to the front of my thigh and even to some nerves between my legs. The first year, I went to multiple doctors and had multiple MRI's and all showed no damage. But the pain remains and has only increased. It is worse at night, luckily, but sometimes it wakes me up at night. It's not the shooting pain I had before, but more a dull intense ache. Almost every single day and night for the past 5 years, I have regretted the surgery. I am convinced that the surgery must have permanently damaged nerves.

In the meantime, I have read and re-read Gokhale's book, 8 Steps to a Pain-Free Back, and I believe that practicing her methods has helped me not injure my back further. As a very tall women, I was prone to slumping, and I sat at a desk many hours a day for my job. Now I walk with good posture and have vastly strengthened my core muscles, simply by walking and being aware of correct posture that Gokhale teaches. And any person who mentions back pain to me or even an interest in surgery, I tell them my story and beg them to read the book and practice her methods before going under the knife.

We're trying very hard to reach as many people as we can - and you're helping!

I'm glad the book is helping you improve your posture and not injure your back further. I suspect more benefits are possible, but likely need more customized coaching. Try reaching out to one of our teachers for a session, preferably in-person so you can get hands-on help, but if that's not possible,  over Skype / Zoom.

Wishing you on-going improvements - don't give up!

I have had scoliosis since

I have had scoliosis since birth (I am 79) but never problematic till this year.(my husband died 3 years ago and I sudenlly had many different health problems.)  I am a body oriented person, worked with your book for a year (and gave copies to all of my children). One morning 7 months woke up with numbness in thigh and increasingly bad limp.

Surgery was successful: I am taller (see from higher now), stack the parts of my body more effertlessly and more symmetrically, walk without limping (especially when I remember to engage core mussels.

Two weeks post op I began to have severe pain in the femoral nerve which surgeon attributed to old blood left over from the surgery causing inflamation in around the nerve. Prescripbed Methyprednisonolendospak and Gabapentin. Effective immediately.

I have just sent for back back support for my desk chair.

Now the post op pain is gone, I am a very "happy camper" again.

All very great information and I am going to pass this blog post on to one of my clients going in for back surgery this week.  Your technique is amazing and works!!!

I loved this article Esther;

I loved this article Esther; since I am a had a fusion 4 years ago with excellent results.  My only add would be:

The typical post op spine precautions are no BLT -- No Bending, Lifting and Twisting.  The Gokhale Method teaches each of these things; using the hip hinge, lifting with the Inner Corset and no twisting postures.  Yay!

I teach the Method to keep my spine hygiene in check.

These Glutes Are Made For Walking
Forward Pelvis: the Good, the Bad, and the Ugly
How to Not Sway Your Back in the Shower
This is How We Roll
Fixing a Sway Back